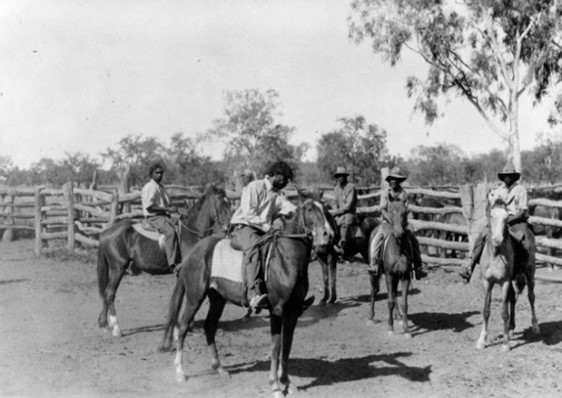 Cattle were introduced to Northern Western Australia towards the end of the nineteenth century. Most cattle stations in the Kimberley were established in the 1880s and by about 1917 held herds of 700,000 (an amount not exceeded until 1975).

The greatest challenge for pastoralists in the Kimberley, was moving their livestock from their stations to market. Droving cattle to the docks of Wyndham, Derby and Broome before being shipped to Perth was typically the only way to get them to market and even then, the cattle would frequently arrive in poor condition.

The opening of the Canning Stock Route, which runs from the East Kimberley to Wiluna, enabled a reduction in costs for pastoralists. In conjunction with the stock route, the establishment of the State Shipping Service was another step in the right direction as it assisted in transporting general supplies to isolated stations

The cattle industry struggled in the two decades following the First World War. Issues including pasture degradation and soil erosion occurred as a result of overstocking, which caused pastoralists to reduce herd numbers. The previously low prices for primary produce were cut even more during the Depression in the 1930s.

Prices stabilised for beef at the outbreak of Second World War as it was deemed necessary for the war economy of Australia. The industry started to recuperate and in the following forty years, station life shifted with pastoralists heavily relying on stockmen to manage their livestock. 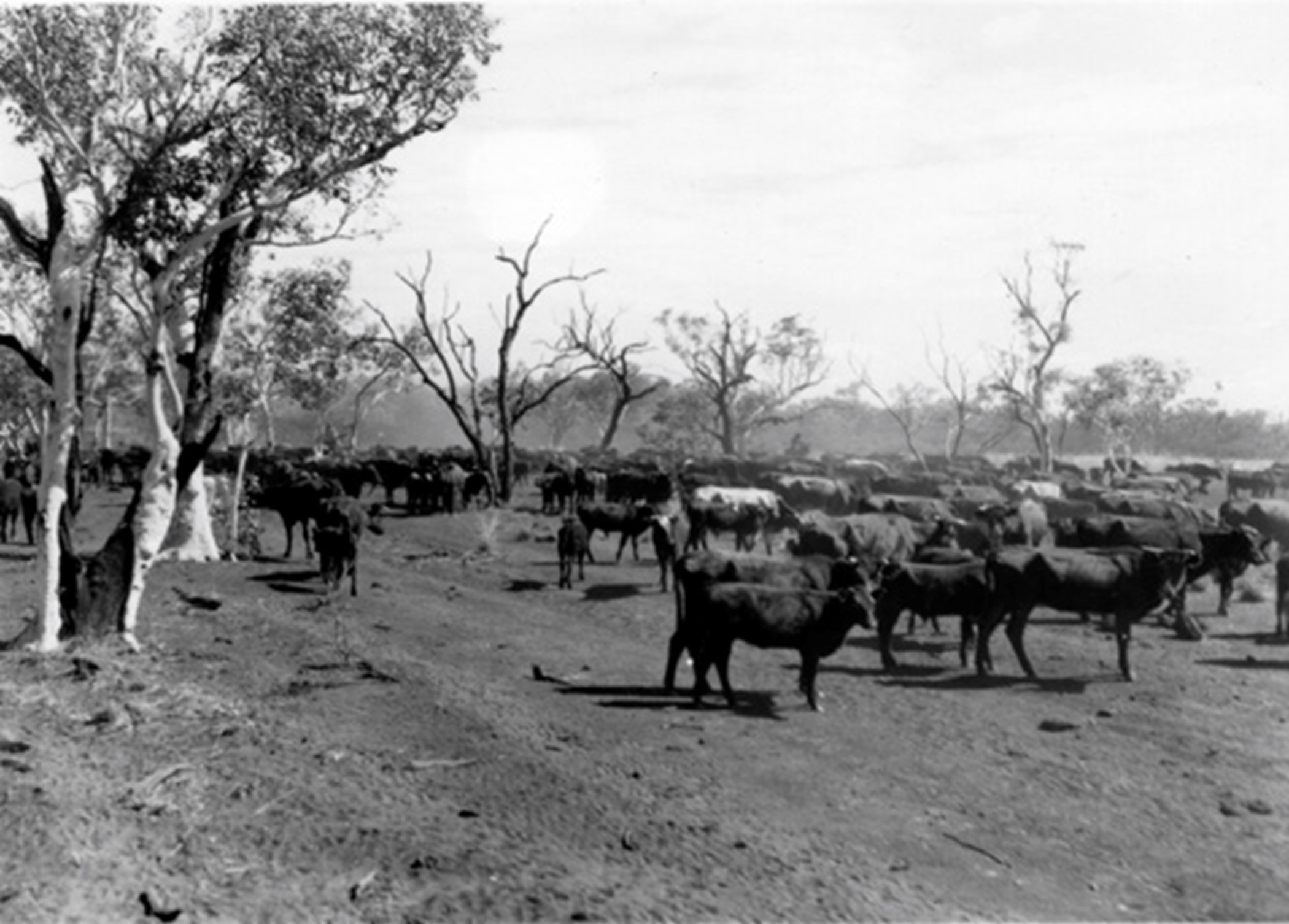 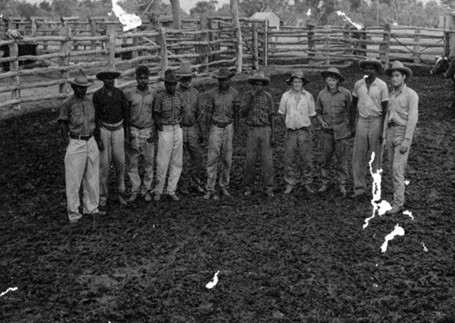 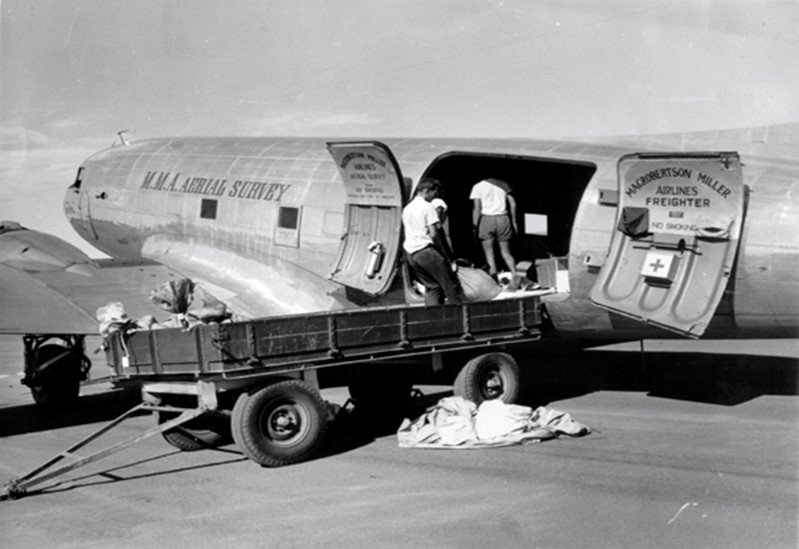 Between 1950 and 1970, the pastoral industry remained reasonably steady.  The initiation of the Air Beef Scheme to transport dressed carcasses thrived until mid-1960s when an improved road freight system and road trains were introduced. This not only reduced freight prices but also removed the need for air transport.

In the following three decades, sheep production diminished with Stations in the Kimberley and Pilbara converting to cattle as they are more resilient to the conditions in The Kimberley and less destructive to the rangelands.

The pastoral industry that was once reliant on Aboriginal Stockmen and Station Hands on horseback to muster, has switched to using aircrafts, helicopters, and motorcycles. Pastoral Stations became more and more corporatized as absentee owners and companies took over pastoral leases. In the last decade, the need for supplementation is greater, technology for dung and blood sampling has become available as well as GPS tracking technology and pasture mapping. 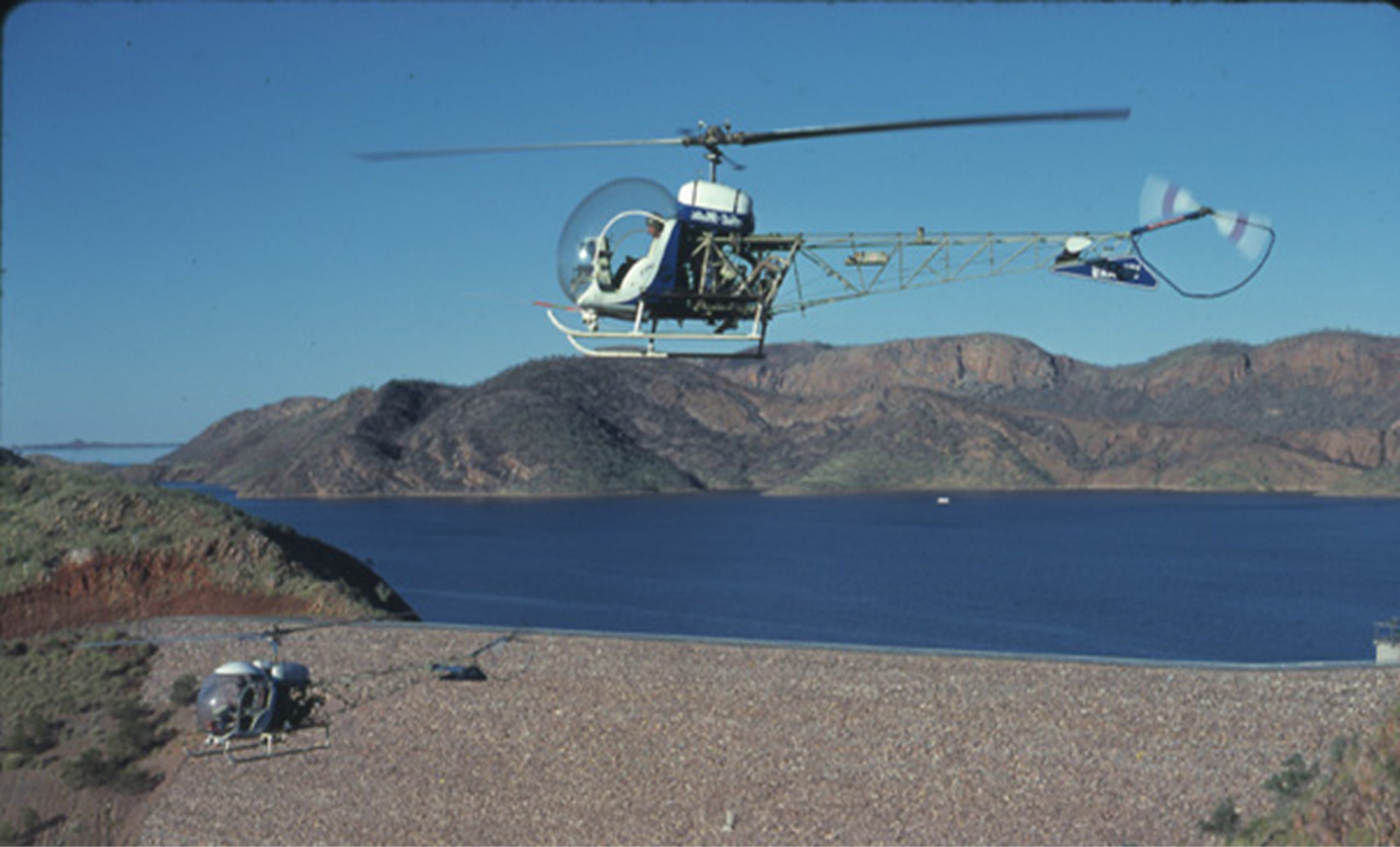